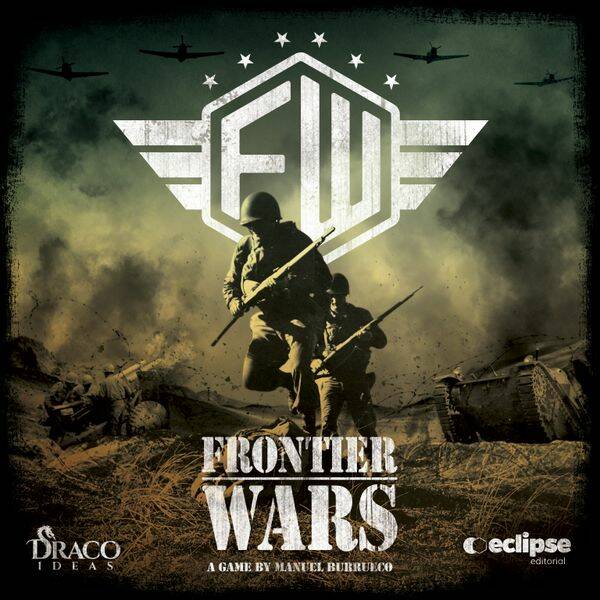 "Frontier War" ("Guerra Fronteriza" in spanish) allows you to take control of one of the four most relevant factions in World War 2.
Chose which role you want to take in the fray: United States, United Kingdom, Germany or Russia in games for 2 to 4 players.
Recreate battles of the largest military clash in history.
Learn how to manage your resources, make bold tactical movements with your troops: infantry, tanks, artillery and airstrikes.
Make alliances that meet your interests, but remember, your allies can stop being so at any time!
Fight Smart and never cease exploring your options, since the end of the battle can arrive at the most unexpected moment.
The game includes 100 fully detailed miniatures, a modular battle field for new and different games each play, as well as 90 cards that will make each game unique.
We’ve worked hard to give the game easy mechanics and a quick learning without losing a high tactical complexity, all of it within the frame of fast, dynamic games.
Are you ready?