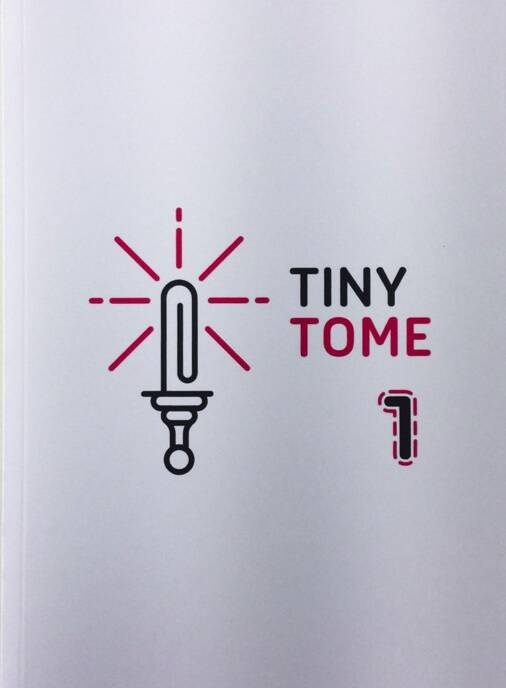 A new collection of indie roleplaying games will bring together 50 one-page RPGs in a single book.

Tiny Tome collects 50 roleplaying games from dozens of creators, representing a selection of single-page RPGs submitted and voted for as part of a game jam.

The games run the gamut from sensitive explorations of emotions and relationships to amusing riffs on classic roleplaying and popular culture. The games include single-player solo RPGs alongside GM-less storytelling games and conventional GM-led setups, powered by dice, cards, coin flips, tarot and more besides.

Among the games is Cameron Frament’s Troublesome Tots, a roleplaying game inspired by Nickelodeon cartoon Rugrats that sees players becoming either mischievous youngsters in pursuit of secret goals or the caretaker trying to keep them out of trouble.

Now You Are a Zombie, meanwhile, turns players into the living dead, using a novel gameplay system that requires players to control each of their limbs separately - for example, rolling for legs to move, or arms to grab something.

David Lombardo’s A Kiss from a Rose adapts the Seal song into a micro RPG that sees players ascending the greying tower alone on the sea, encountering the likes of dinosaurs and knights as they look to rectify a moment from their past.

If “Ghostbusters meets Monty Python’s Holy Grail” sounds appealing, Brian Hazzard has you covered in Demonbreakers (no relation) where all players are able to control the world and story like a GM as they hunt down demons in a fantasy city.

Also in the book is Trash Bandits, Tally’s raccoon roleplaying game that bumps up the bin-pilfering animals to executing a heist using tools (explosives, wigs and Grandma’s secret recipe are all options) to steal anything from more trash to secret files or a delicious pie.

Tiny Tome is the latest project from Ash Hauenschild, who previously created Tiny Library, a deck of 50 micro RPGs that each fit on a single playing card. According to Hauenschild, creative control for the book’s mish-mash of visual styles was left in the hands of each game creator, with the RPGs left untouched aside from fitting on an A5 page or spread.