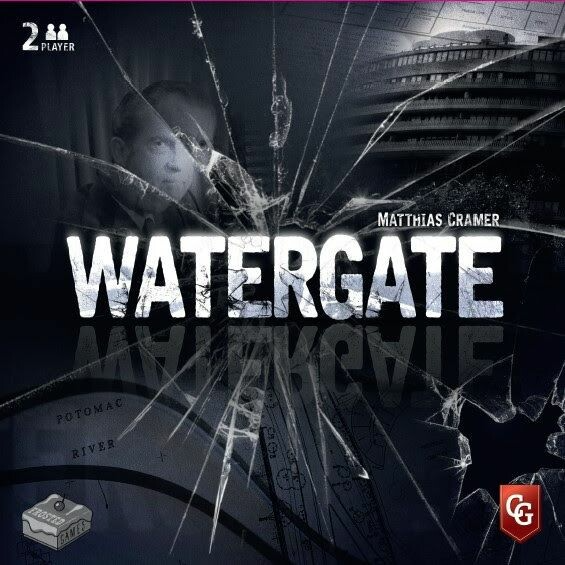 Five men are arrested in connection with a robbery at the Watergate building in Washington. Journalists from The Washington Post then launch an investigation. During this investigation, they learn that five White House men under the Nixon administration have been deployed to spy on political enemies.

In the a-symmetrical two-player game Watergate, one player represents the Nixon administration and tries not to resign before the end of the game while the other player represents The Washington Post and tries to show the connections between Nixon and some of his informers.