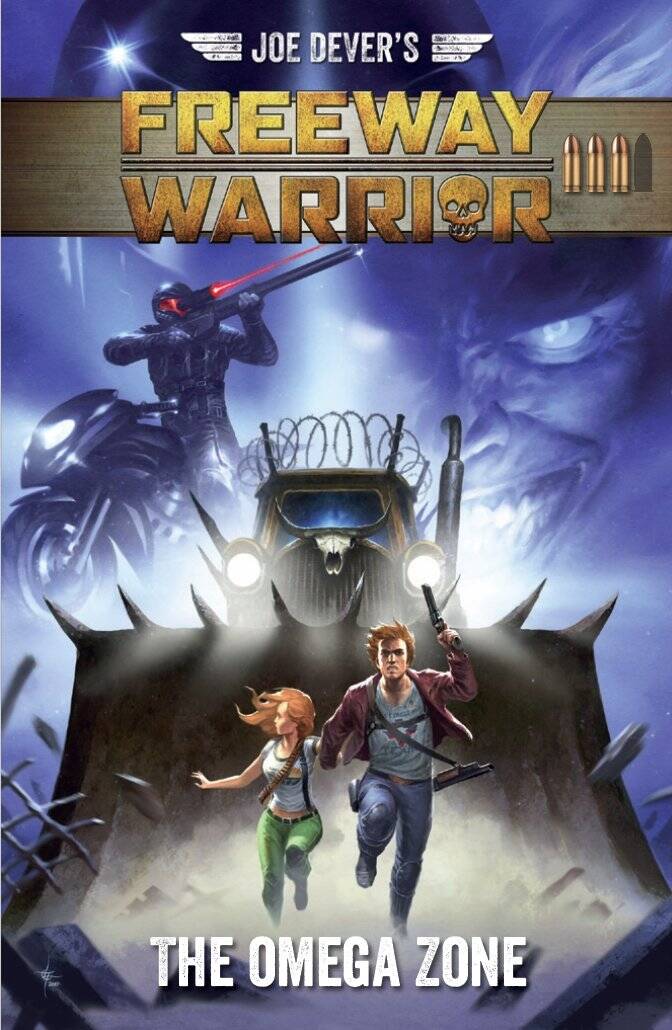 America 2033 Ad
Eight years ago the terrorist agents of H.A.V.O.C. triggered a nuclear nightmare that devastated the northern hemisphere, its radioactive aftermath claiming all but a few lucky survivors. Patiently, in scattered colonies deep underground, these survivors have been waiting for the earth to heal itself, waiting for the day when they could walk once more upon the surface of their shattered world. That day has come … but the real battle for survival has only just begun!

The Omega Zone
You are Cal Phoenix, the Freeway Warrior, champion and protector of Dallas Colony One. The third stage of your life-or-death exodus to the California coast takes your colony of survivors across the wastelands  of New Mexico and Arizona, a region still blighted by lethal radioactivity. Can you find the safe route through to the sanctuary of Tuscon, or will you and your people perish in the desolation of the Omega Zone?

THE OMEGA ZONE is the third in a spectacular series of solo adventures written by Joe Dever, author of the award-winning LONE WOLF adventure gamebooks. Each exciting episode can be played individually, or you can combine them to create a solo role-playing epic in which you are the hero of the story.